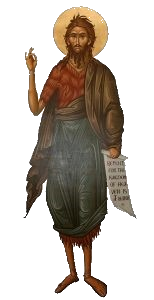 The Incarnation and Salvation

To the first Christian’s, who first appeared in the eastern providence’s of the Roman Empire, The Incarnation, the mystery which was in God’s Plan from before the ages (Eph.1: 9-10 & Col.1: 26), was the central act in this Divine Plan for mankind to become holy and made immortal through communion with the Incarnate Word of God, Jesus Christ.

Although God knew that man would fall, He did not become flesh because some actions of the devil or of man made it necessary. He became flesh because it was the Divine Plan and mystery from before the ages to unite man with God in Christ. Yet, corruptibility did come and stand in the way  (Gregory the Theologian 4th century).

Through Satan, the fallen angel, Adam and Eve the first humans were deceived and they and their descendants lost the potentiality to attain perfection and immortality. They brought themselves and their descendants, who are guilt–free of the “ancestral sin,” into a fallen world where they would receive death, would be susceptible to sin and would become alienated from God. His creation, wounded by Satan’s deception, was left spiritually and physically ill. God’s image within man, although blurred was not, however, completely obliterated. A spark remained. Though the fallen world was not of God, because by nature He is altogether free of any responsibility for evil, He allowed the Fall to happen in order to protect His creation from eternal sin.

In the late 11th century AD, after the doctrinal separation of East and West, Anselm, a bishop in the Western Church of Rome, initiated a legalistic innovation for the payment of man’s sin in order to satisfy divine justice and make man right with a dishonored God. The majority of Western Christians (Roman Catholics, Protestants and others) accept this concept or revised versions of it. Many believe the reason the Son became flesh was to remove man’s sin against God by suffering humanity’s punishment on the Cross. This allows man to be acquitted and released from his sin debt. This was not the understanding during the first 1000 years of Christianity and it is still not the understanding in 2000 year old Orthodox Eastern Christianity. In Orthodoxy, the Incarnation did not take place for the Crucifixion; the Crucifixion took place so that the Incarnation and the eternal communion of God and man could be fulfilled despite Satan, death or sin. Therefore, Christ willingly goes to the Cross and sacrifices Himself to death in order to win a victory over the evil that captured man. Through His Crucifixion, His descent into Hades and His Resurrection, He protects humanity for the “ultimate purpose” of the Incarnation, an intimate and eternal union with God. He mercifully forgives our sins and sets us free from the bondage of Satan and the dark powers of death and sin, not through punishment, but through liberation.

In His Ascension, Christ returns to the main purpose of the Incarnation and completes man’s union with God by taking His human nature into Heaven — for a Man who is God now reigns in Heaven.

Even though Christ was victorious, humanity’s sins will keep contaminating this fallen world until He comes again and terminates evil. Until that time, anyone who wants to eternally reside in God’s Kingdom in Heaven, which Christ promised to mankind, can receive Christ’s therapy to remove the parasite of sin that was implanted in our flesh at the Fall. This infection is what causes us to sin. Therefore, a continuous struggle to remove this parasite is necessary for an eternal union with God.

With God’s uncreated grace, the gift of His presence and action in His creation, we are offered anew the potential to reach perfection and immortality. Through the mysteries, Christ deposited in His Church, which are achieved by the Holy Spirit, we can purify our self-centered hearts and illumine our souls, where spiritual health is acquired, enabling us to see everything in a Christ-like manner. In a life-long process, our goal is to become more and more like Him by emulating His humility and selfless love. The early Greek-speaking Fathers of the Church called this process theosis.

In Christ’s spiritual hospital, His Church, we are given the methods of prayer, fasting, charity, etc. as a means of helping us to restore our damaged soul. These are not rewards, but rather therapeutic exercises to prepare us to receive Christ’s medicine for the disease of sin and heal our spiritual illness. The foremost work of the early Church was the curing of souls. This is still true in Orthodoxy today. If our souls are cured, then most of our other problems are solved.

To the Orthodox, the church is a local community of people living in a intimate relationship with Christ and one another. This is accomplished by participating together with Him and each other in His mysteries. Each local community is within His whole Church (heaven and earth) and is not merely a part of it. The Orthodox understanding of salvation is love in unity with Christ and others. It is not individualistic.

The early Christian understanding of the way to God’s Kingdom was not the result of a sin debt acquittal that allowed man to gain salvation through rewards like “good works” (900 year old Roman Catholic concept) or “faith alone” (500 year old Protestant concept). It was about transforming oneself, through Christ, into His likeness and “partaking of the divine nature.”  Actually, works and faith are both in vain without living in a loving relationship with Jesus Christ and others.

While religious fads come and go and people seek their salvation in this or that new leader or idea, Orthodoxy has proclaimed the same message for almost 2000 years. Each and every human person was created to live in an intimate union with God and one another, sharing in His eternal, divine life, becoming through participation what He is by nature.